Carried Away in Aiken 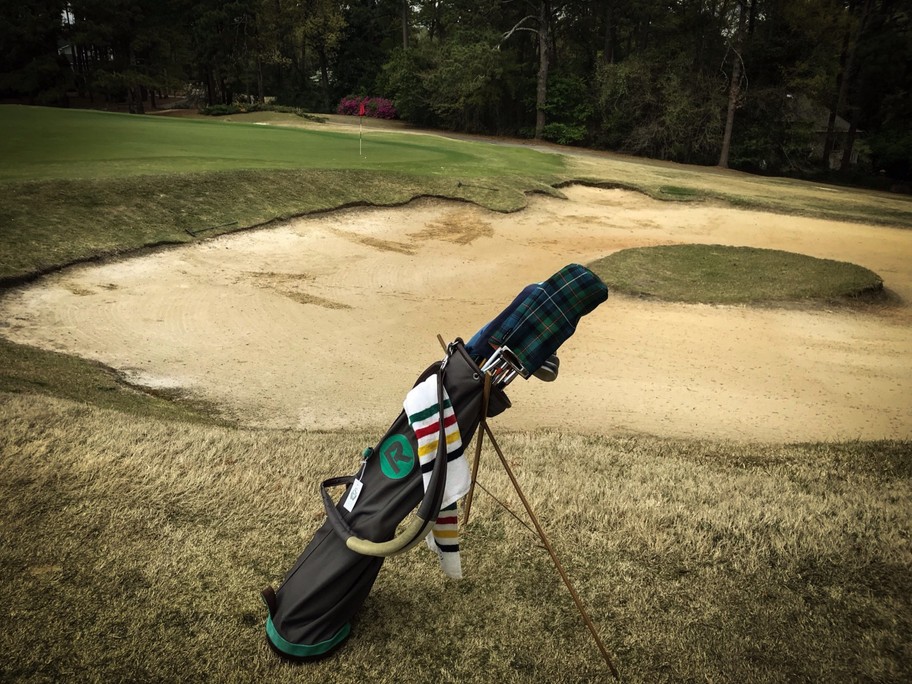 Standing beneath the clubhouse of the Aiken Golf Club made me ponder my true location. Was I in South Carolina or some shire on the outskirts of London? The club that I discovered there is a place with a rare ambiance. It has age and depth and charm and history. Which may be everything I need.

During the short walk from the well aged pro shop to the first tee, I realized that I had found a new place that celebrates the game and how I prefer to play it. It felt like the kind of place I could someday call home.

The things that make Aiken special could be viewed as oddities or curiosities to those who have yet to let their golfing pallet wonder through the world. This place is no freak show though. It is a hall of wonders. Aiken is an example of just how right American golf once was. Places like Aiken allow us to see our once and future game.

Walking down the first fairway brought the word “quirky” to mind. There is a stage of sorts created by the opening and closing holes of the course. Those on the clubhouse deck have balcony seating for the show. On the right is the short par three 18th which runs along the street. These holes play over a rolling plateau perched above the many valleys of the course. In Aiken, the beginning and end parallel each other and everything in between is an exploration of the highest order.

The seventeenth hole shares a putting surface with the first and straddles a ridge. From the crest the of this hill the adventurous routing begins to reveal itself. The view from this double green provides a preview for the walk ahead. It was the point of no return. The golf that came next offered me a new perspective on what I want in a golf course.

The Aiken Golf Club was founded in 1912 as part of a vision of the local business community to bring travelers to their city. The Highland Park Hotel was built as the main attraction and golf became a bonus for the many tourists who came south for the Winter. Donald Ross was involved in the design of the original eleven hole course and later his protege John Inglis crafted an additional seven holes.

Like many courses born of this era, the Great Depression upended its early success. Eventually, the hotel closed and the city took over the course. What flourishes now as a community golf club is largely the credit of the McNair family who bought the course from the city in the late 1950s.

Aiken is a par of 70 that barely stretches to 6,000 yards. Each of those yards is packed with interest thanks to the routing of Ross and the careful detail work of owner Jim McNair. The property is comprised of hills with a sandy terrain and clusters of pines that stand tall over the corridors of play. To traverse these grounds is to indulge in an exquisite sampling of the South Carolina countryside. Golf merely serves as the guide. 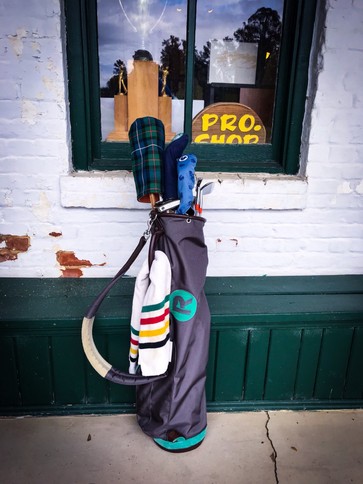 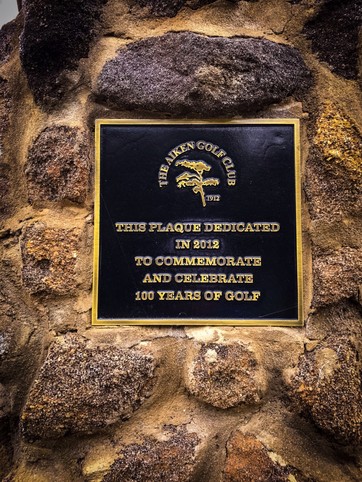 During my walkabout in Aiken, I found holes that weave through railroad tracks and local streets. There are even horse trails that skirt the course. Evidence of the club’s earliest days is still found strewn about the grounds. Rock walls, stone steps, aging rail ties and such.

The Aiken Golf Club provides proof that mystery in a golf hole is still a good thing. Blind shots create rising tension in this drama. There are few moments so joyous as when the particulars of a hole are revealed upon reaching the paramount of a hill. Aiken specializes in these delights.

Shot-making is still a necessary skill there. Leaving the modern game to be inadequate at times. The holes in Aiken call for movement. The skilled player will enjoy negotiating a score across this design.

The composition of Aiken is one in which all parts are memorable. I relished in the splendor of finding hole after hole that showcases unique qualities and distinct features. Bunkers that were serious hazards. Greenside swales that required me to pause. Putting surfaces which sparked imaginative thought. The progression of the round made me exercise my mind. With each step through the course, I learned something new about my game.

Aiken exudes a serious disregard for uniformity. The holes have personality. It is a place crafted in the spirit of the small courses that populate the golfing villages of the United Kingdom. This course and these holes can only be found on this land and in this town.

Both the players and proprietors of the Aiken Golf Club take a great deal of pride in their golf course. The kind of pride that insists on sharing what they have. Any golfer can come here and play all day for less than $50, which constitutes the best use of General Grant since the war between the states. When I heard rumors of Aiken’s greatness I made sure to clear my calendar for thirty-six holes. My first loop around Aiken opened my eyes and the return trip that afternoon filled my heart. It was the kind of golf that made me jealous of the locals. Days such as I had are what inspire folks to pick up and move to new hometowns.

In a sense, that’s what the Aiken Golf Club is. A hometown American course. Built to be a part of the community and thriving because people appreciate it like a longtime companion. There are golfing jewels like this tucked in various corners around the country, but Aiken stands out because of its abundant authenticity.

The kindness of Bonnie in the snack shack comes to mind. She had cold beer, chili dogs, and homemade cookies for fifty cents. She offered a warm smile and infectious laugh to go with my order. Her throne in this rustic shed sits on the eighth tee box. She greets golfers as they pass by and offers tips on how to play the blind shot ahead. Pure Americana on a course inspired by those in Great Britain.

Bonnie knows the diehards when they come by twice on the same day. When she saw me pass by the final time she insisted I come back again soon. Meanwhile, I headed back over the road for the final four holes and wondered how much the homes next door may cost.

By the time I reached the seventeenth green the sun was setting fast. Rays of brilliant light were showing me the way back to the creaking boards of the clubhouse and the pint glass I was eager to hold. Lining up my putt, I was offered one last look at the double green and the curious course that I was leaving behind that evening.

The stroll up the final hole was bittersweet. I saw as much of the Aiken Golf Club as I possibly could in one rotation of the earth and yet I wanted more. I was thirty miles from Augusta with a Mackenzie on my shoulder and a new favorite course running through my mind. In the grill room I asked if anyone knew a good real estate agent. I had found a golf town I might want to live in someday.

I often dream of taking up residence in some golf-crazed village across the Atlantic, but my southern soul would surely feel displaced. Fortunately there are places like Aiken that may be a better fit. I could lose track of time there. I could have fifty cent cookies and long days on the course. I could carry my MacKenzie and feel quite at home.